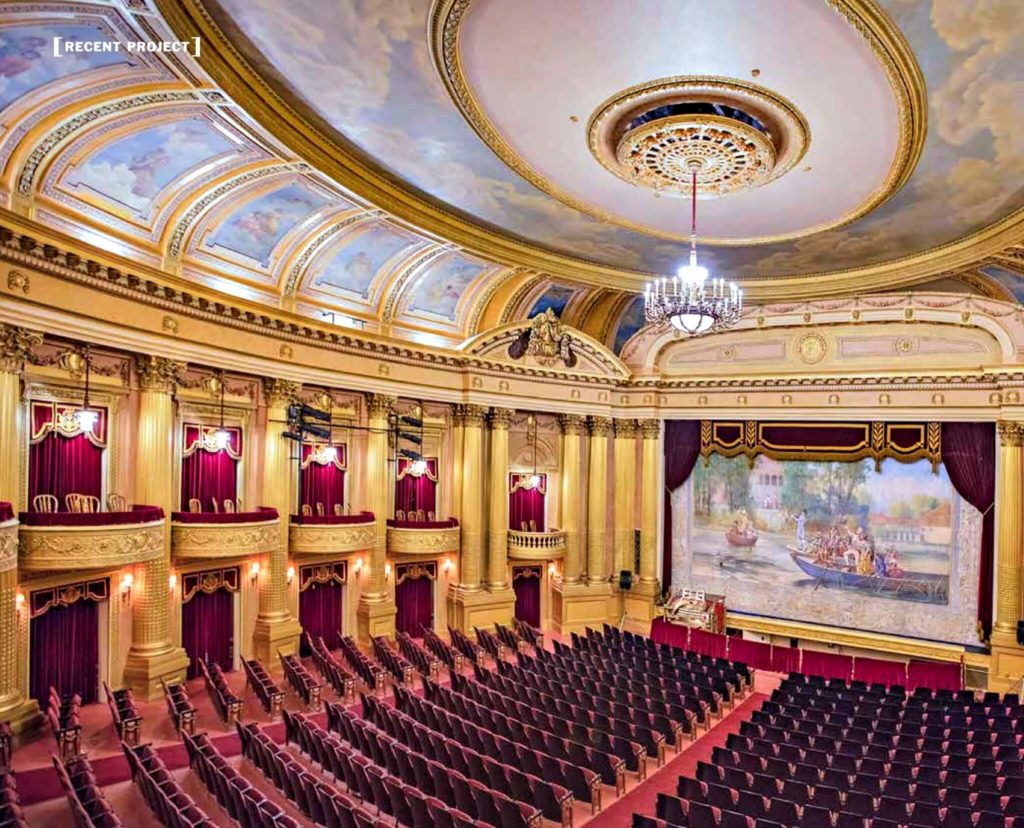 In addition to a feature article on the Jeffris Family Foundation, the October 2017 issue of Traditional Building magazine also featured an in-depth look at the renovation project completed in 2016 on the Al. Ringling Theatre in Baraboo, Wisconsin.

The Jeffris Family Foundation provided a challenge grant to assist the theatre in its $3+ million fundraising goal.

An excerpt from the story:

“We couldn’t be more thrilled,” says Stephanie Miller-Lamb, Executive Director, Al. Ringling Theatre. “It was a public/private project, using both federal and state preservation tax credits and the city made a nice contribution. The Wisconsin Economic Development Corporation assisted as well.”

“But I cannot say enough about Tom Jeffris and his foundation, the Jeffris Family Foundation” she adds. “He did a challenge grant, offering to match $1 for every $2 we raised within a three-year period. Through the Jeffris grant, we raised $1.2 million right away and that really jump-started things for us. We wouldn’t have been able to do this project if it hadn’t been for that gift.”

Read the full article on the Traditional Building website

View the article as it appeared in print (PDF)

About The Jeffris Family Foundation

The Jeffris Family Foundation assists the development of historic sites for non-profit organizations in small towns and cities in the eight states of the Midwest: Wisconsin, Minnesota, Iowa, Missouri, Illinois, Indiana, Ohio, and Michigan.

Your ticket for the: Ringling Theatre renovations featured in Traditional Building